DT first met Rebecca Russell-Turner at a Yung Club pilates and yoga class, held at The Cove on Markfield Rd, during the summer. Unlike other exercise classes you are fully immersed in music reactive, colourful projections.

What’s Yung Club all about?

Yung Club is stepping out of the real world into a space that’s immersive. You exercise, but you’ll be transported by the immersion so you won’t be thinking about your physical being, you’ll be thinking about the experience. You’ll get fit, but you’re not there for vanity or ego. It’s multi-sensory so when you walk in you’ll be given a wrist band that’s scented – the most trusting of the senses is smell. The space is lit with synchronised animations that are music reactive and you’re encouraged to explore the space. I’m really interested in how you can create a flow through immersion.

It’s the opposite of going to the gym, where you’re just there for your body and your image, and the opposite of a yoga class, because the yoga class is well lit with natural lighting and can be really competitive. People can be quite intimidated by westernised yoga and the fact that people are so fit. On Instagram there’s all kinds of body bending and things like that but yoga is meant to be for everybody. I wanted to create a space which is about being the best of yourself and not comparing yourself to other people.

I think that it’s such an uplifting experience. There’s also the social aspect where you’ll always be invited to hang out for a drink or snack afterwards so you’ll get to meet other people.

There’s no pressure on you in there to do anything you can’t do because it’s dark. It’s not technical. I want people to feel like they would if they went to a gig or a rave or they’re dancing. 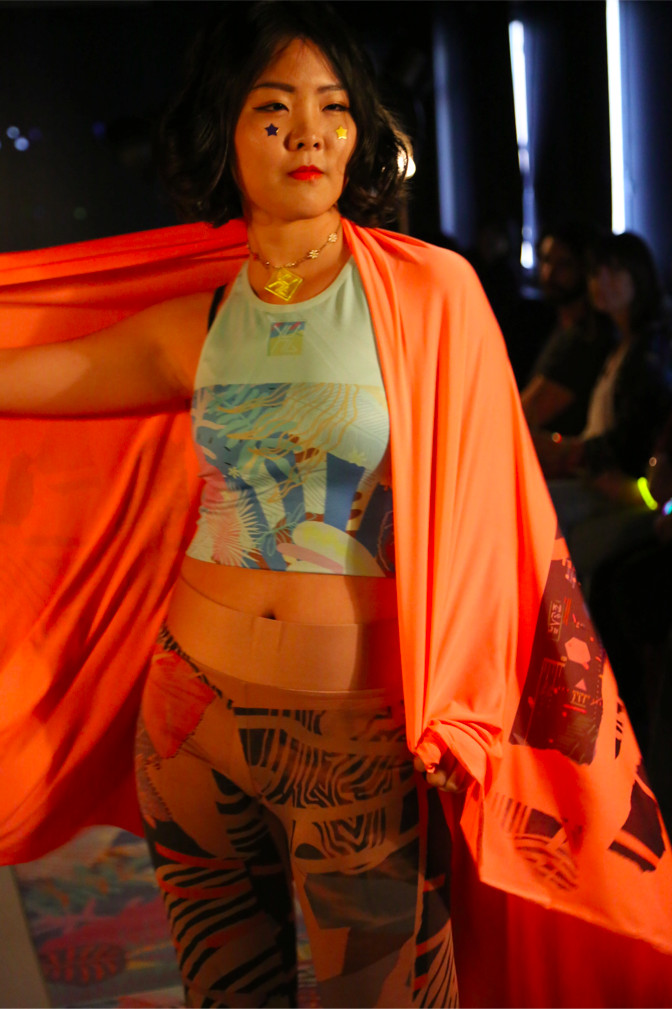 How long have you been doing immersive yoga?

I’ve been doing it for a long time, since I first started as a yoga teacher, which was eight years ago now. First of all, I bought in the music and I thought, ‘what about doing pop music with yoga?’ Nobody was doing that then, so I went to Gym Box to run classes. Then I started thinking, ‘I really like this idea of it moving with the music’ and I started doing projections. I spoke to lots of people and they all said the same thing. They said they were self conscious about exercise spaces and they felt they were lonely and they were worried they weren’t doing the right thing.

The space is perfect to transport people away from feeling awkward. Lighting is so important when it comes to setting a space for people, and it suddenly takes away the self-consciousness that you might have about your body.

Yung Club was launched last year in a floating hotel called Good Hotel. People came over on the cable cars into the Royal Docks and then they came across a moat into the hotel. There was a meeter greeter and you got given a wrist band and a smoothie and then you went into a dark immersive space. The fashion show had yoga mats as it’s runway and the goodie bags had glow sticks in them. Anna Cleaver from Selfridges introduced the event – it was really nice of her to do that.

Can you tell me a bit about your partnership with Selfridges?

Selfridges was two years ago. We did immersive yoga in a spaceship called The Mothership. I had a spaceship built and people would go inside it almost like they’re being taken away from the real world into this hyper-reality.

How did the Yung Club fashion line get started?

I’ve always been interested in fashion. I was a fashion lecturer and I had a fashion label in Topshop. Yung Club is all of my talents and skills brought into one pot and I wanted to do the experiences first. Fashion is such a competitive industry now, especially when you’re dealing with fast fashion at such low prices. I thought it was better to develop an experience first with the fashion retail on the back of that experience. You’ve got outfits that go with the experiences. The projections from the space are printed on to the activewear and it’s very colourful. Kind of inspired by the United Colors of Benetton from the 1980s. It ties in with the themes of the experiences which are sea, wild, space and city. 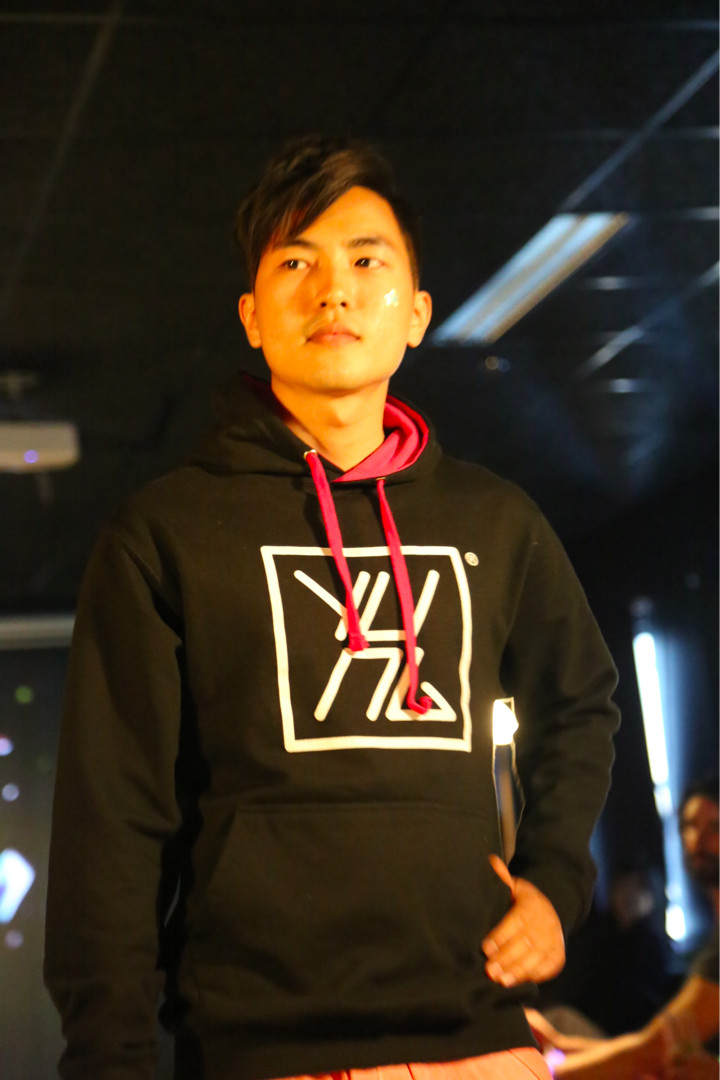 What came first, was it the printed designs and then the outfits?

The idea was in my head, I’m very keen on the logo and think it’s a very cool design. The logo was put onto clothing first of all and then the printed textiles started being applied to lycra. I started making ath-leisure scarves which is a lycra scarf that you can wear after your yoga workout. It’s comfortable, you can layer it, you can wear it to a festival, you can wear it to a party… I did about 20 different looks for Yung Club: scarves, leggings, shorts…

Who designs the prints?

The prints are taken from the animations which were made by The Great Nordic Sword Fights from LA. It’s all hand-drawn and put into some software called Unity which makes it music reactive. I commissioned it using a small grant from UnLtd for social enterprise. My scope was creating communities through wellbeing through immersive experiences.

If you had to describe the fashion side of the brand in a few words what would you say?

Comfortable, fun, attractive, affordable and suited to playful lifestyles. It’s for all different ages, not a particular age group.

Rebecca has just headed to Vietnam to teach fashion communication until June 2019. Yung Club clothing is still available on the online shop and you can keep an eye on what Yung Club is up to on their social media.